It’s unfortunate that during a time where we didn’t have a lot of videogames to occupy ourselves, the internet decided to go batshit crazy and start becoming whole new levels of disgusting. Watching as developers and critics that you respect being forced out of their homes due to threats on their life is a hard thing to watch, and unfortunately doesn’t seem to be going anywhere any time soon.

After watching all of this play out, I had some real apprehensions about adding a comments section to the site. Naturally with all of the effort we put into this place, we want people to see and discuss the stuff we do, if for no other reason than to make it better. While we are not exactly a successful and high traffic site (yet), having the ability for people to potentially dump their hatred at the doorstep of something that I love doing was enough to make adding the functionality to the site the bottom of my priority list. The fact that I had to edit a video after it went up because it contained my birthday, just in case someone was to come across and misuse it, was not something I was particularly happy to do. Having to be careful with how much of ourselves we put out there is not something I ever wanted to worry about.

The internet can be a real nasty place, here’s to helping it get better.

Stuff You Should Probably Read

The Future Of The Culture Wars Is Here, And It’s Gamergate – Kyle Wagner – Deadspin

The Plight of the Grown-Ass Gamer – Owen Grieve – Midnight Resistance

The internet cesspit of the past month, more commonly known as GamerGate, is something that I have touched upon on the podcast a number of times. We have never really dug into it for a few reasons, but for me personally it’s because attempting to have a discussion on it leaves me shaking with anger most times I try. The abuse that is being thrown at people for having the audacity to do something as offensive as making a unique video game or make comment on the medium itself, is horrifying. There’s not much I can really say that has not been said already, and these articles are some of the best I have seen so far on the subject.

I played Dwarf Fortress for a grand total of a half hour before running screaming at the mess of ASCII art in front of me. It’s an incredibly complex game hiding in a DOS prompt, and this article on how the world is generated only shows that more. The amount of detail that goes into procedurally generating the worlds is staggering.

I’m a big fan of Scalzi’s work, and seeing him write an article like this made me very very happy indeed.

Stuff You Should Probably See

Want a RPG that deletes your save file when you die, losing potentially hundreds of hours of progress? Pillars of Eternity might be for you… – via Kotaku 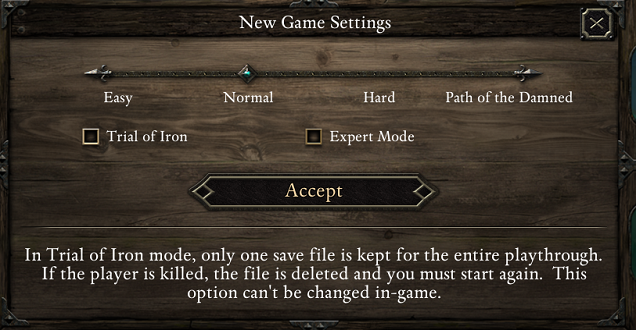 With THQ now completely defunct, someone takes a camera round the old office – via Kotaku Stuff You Should Probably Watch

That Deus Ex short film came out, and its pretty great.
https://www.youtube.com/watch?v=LO2Rx8YlSWY

The best use of the Madden Giferator yet.

Some insane person made Minecraft in Trials Fusion

A collection of information on what Half Life originally was.